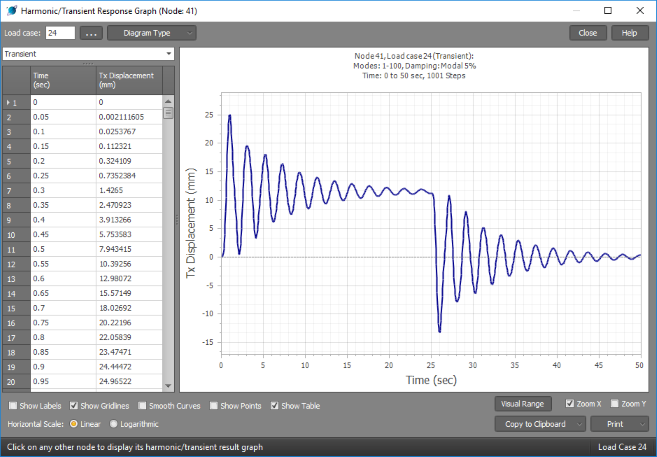 Operating the module simply involves you defining your time-dependent load sources, creating some transient load cases and then running the analysis. Once analysed, you can animate the model to see how it responds to the transient loads or you can generate graphs of displacements, velocities or accelerations vs time. From there you can convert any of the time steps to load cases that contain displacements, forces, moments, stresses and reactions, just like you would get from a static analysis.

A transient analysis lets you choose the list of load cases to be analysed, the modes to be considered, the damping settings, the time range and the number of time steps.

Each time step represents a snapshot of the structure's response to the transient loads. Put together, they show the complete structural response and can be represented as an animation or as time-based graphs. 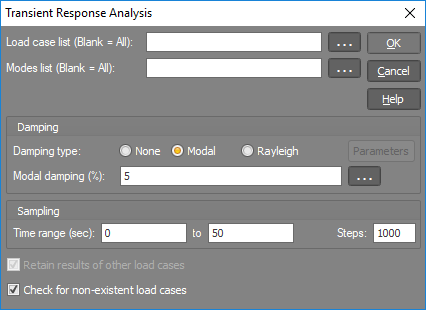 The process by which free vibration steadily diminishes in amplitude is called damping. In actual structures, the damping mechanisms include friction at steel connections, opening and closing of micro-cracks in concrete, fireproofing, and friction between the structure itself and non-structural elements such as partition walls. 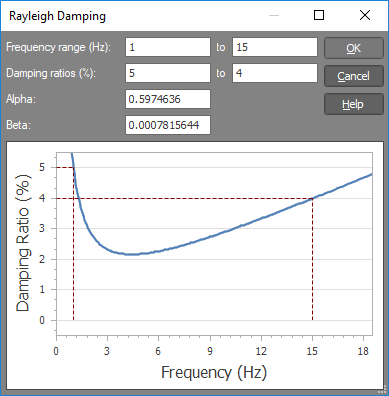 Each transient load case also contains a factor vs time table that defines the time-dependent properties of the applied load, base acceleration and periodic load sources. If no table is defined then the load source is just assumed to be suddenly applied at time zero and held constant. Harmonic loads generally don't require a factor versus time table, however a table can be defined to further vary the time-dependent effect of a harmonic load source if required. 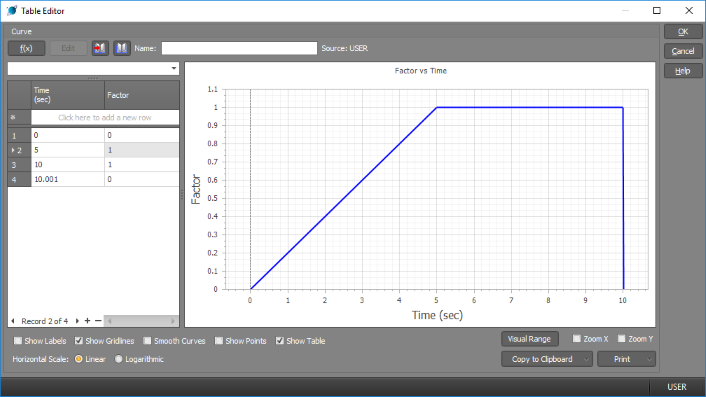 The transient animation shows a realistic representation of how the structure responds to the transient loads. You can change the speed and amplitude of the animation on-the-fly by using the controller at the bottom.

Reports that summarize the transient response results for each load case list the maximum translations, velocities and accelerations together with the time step at which they occur. 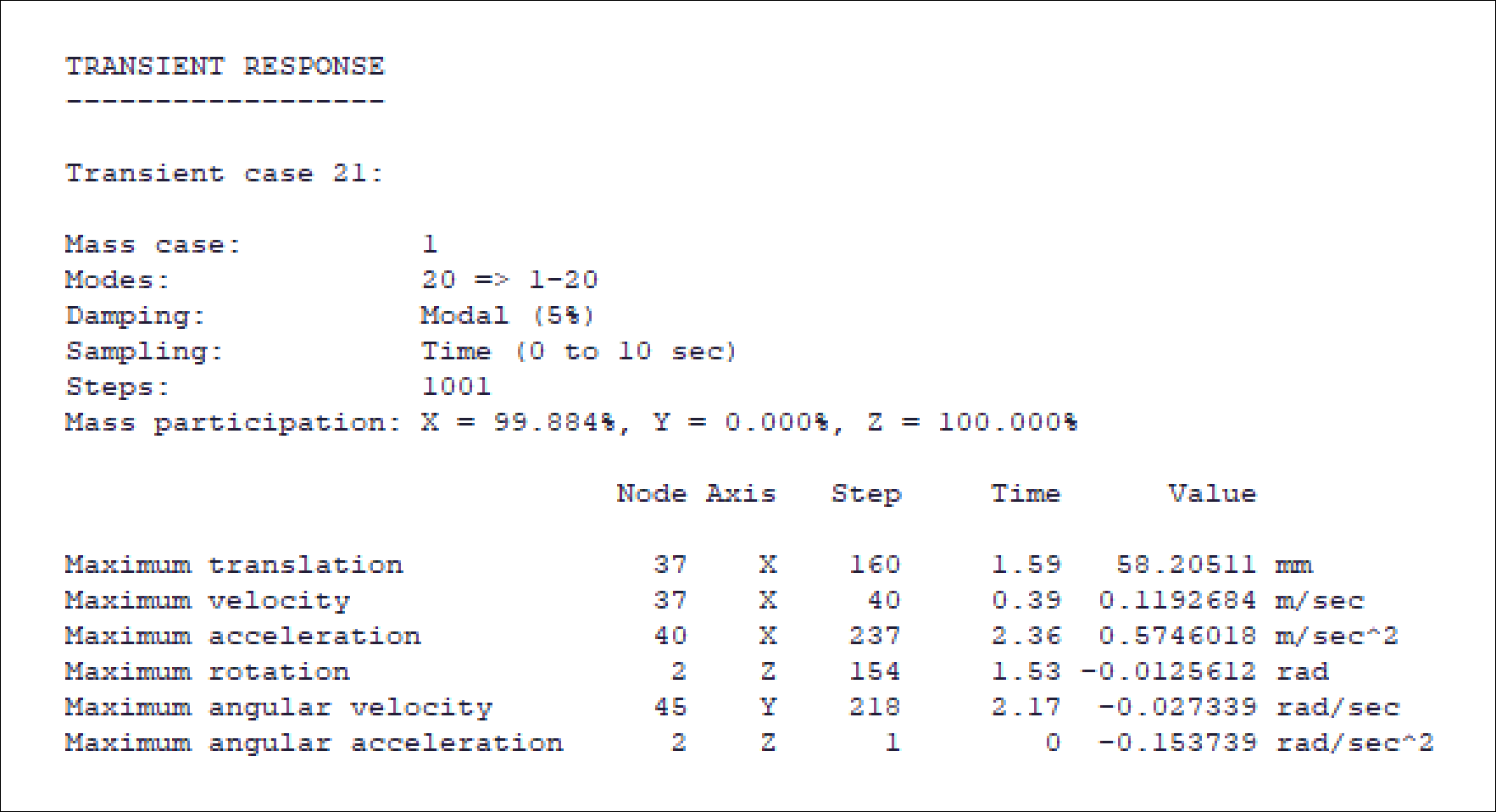 You can convert any of the transient time steps into load cases that contain displacements, forces, moments, stresses and reactions, just like you would get from a static analysis. They can then be used to generate bending moment diagrams, shear force diagrams, stress diagrams, etc. or used in any of the SPACE GASS steel or RC concrete design modules. 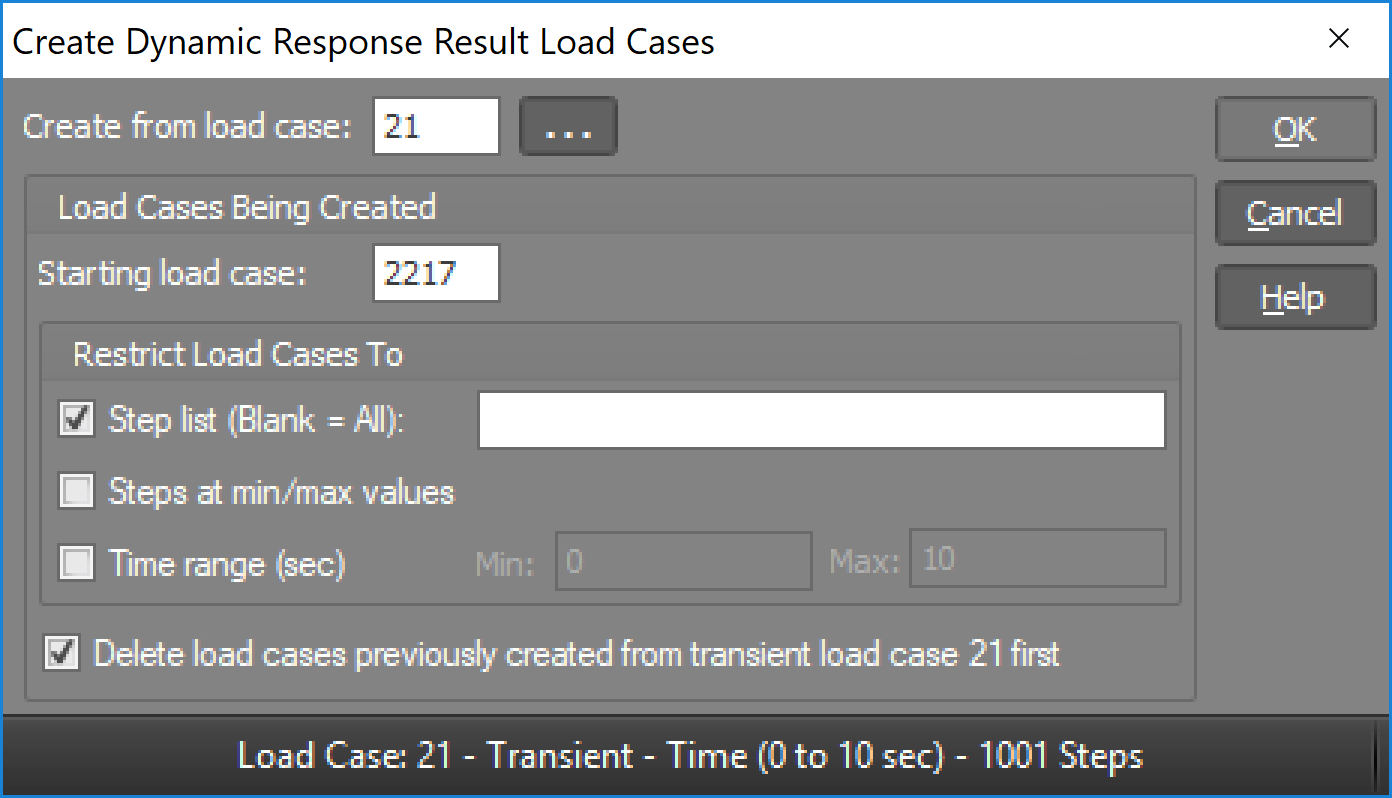